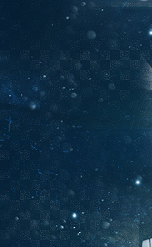 Naminé does a lot behind the scenes. I wouldn't consider her a character with a ton of screen time, and honestly I think it can be kind of hard to keep track of what she is doing sometimes. Therefore, I decided it may be useful to provide a general time frame for the events surrounding her. Everything on this page is purely factual; if you are looking for analysis, head on to the next section! Not quite sure you know all of her story or what she is doing during a certain time frame? Scroll down until you find the game title you are looking for.

- Naminé is "born" when Sora stabs himself with Ansem's keyblade in order to free Kairi's heart from his body.

- Assumingly shortly thereafter, she is found by Organization XIII in Castle Oblivion.

- Still a captive of Organization XIII, Naminé is forced to remain in Castle Oblivion under orders to manipulate Sora's memories. She causes Sora and those close to him to forget past events and friends, while at the same time inserting herself into his memories in Kairi's place.

- Marluxia plans to use Naminé's special power in order to make Sora into his puppet to overthrow Xemnas. Naminé reluctantly complies under threats of being locked in Castle Oblivion forever.

- Naminé is also instructed to plant false memories into Vexen's "Riku Replica" so that he believes he is the real Riku. She gives him the same memories about herself as she gave to Sora.

- After being released from her room of captive by Axel, Naminé ultimately decides to show herself to Sora in order to tell him the truth about what was happening to him.

- When Riku Replica is about to finish Sora off, Naminé shatters his memories that she implanted, causing him to go temporarily unconscious.

- After explaining to Sora what needs to be done in order to set everything straight, he leaves her to care for Riku Replica while he goes to confront Marluxia. Unfortunately she is kidnapped by Marluxia in Sora's absence and he uses her as a human shield when he is confronted by Axel.

- When Sora comes to save the day, Marluxia orders Naminé to erase Sora's memories and thus destroy his heart. Naminé refuses the direct order.

- Once Marluxia is defeated, Naminé gives Sora a choice--he can choose to forget everything in Castle Oblivion, including herself, in order to regain his old memories. Or, he can decide to keep his memories the way they are. Sora chooses the first option and she starts the process of piecing his memories back together while he sleeps.

- While watching over the restoration of Sora's memories, Naminé also helps Riku in his quest to control the darkness. She appears to him as Kairi and advises him to utilize both light and the darkness rather than running in fear of it.

- Naminé, after showing Riku the state of affairs for the sleeping Sora, gives him the option to seal the darkness in his heart away.

- Due to Castle Oblivion being under the control of Organization XIII, Naminé moves to Twilight Town with the sleeping Sora, Donald & Goofy.

- Naminé continues watching over Sora while the pieces of his memories are restored. She notices that she is struggling to regain some of his memories and informs DiZ that they have leaked out from Roxas and become a person--Xion.

- Naminé meets with Riku and informs him of the complexity rising in the situation. She never would have imagined that Roxas and Xion would fight so hard to become people. Everything was getting more tangled by the moment and the only real solution was for both of them to disappear.

- Once Sora's awakening is threatened, Naminé meets with Xion in order to explain to her the nature of her existence. She warns Xion that she will disappear if she returns to Sora and asks her what she wants to do. When Xion insists that she is ready to rejoin with Sora, Naminé plans to bring her to him before they are interrupted.

- Still piecing together Sora's lost memories, Naminé is working alongside DiZ and Riku. She develops a desire to meet Roxas while he is living in a virtual Twilight Town until it is time for him to rejoin Sora.

- Naminé acts as a guide to Roxas while he struggles finding out the truth of who he really is. She is interrupted by Riku and DiZ but basically communicates the gist of what he needs to know. She promises that the two will meet again, even after he reunites with Sora.

- Riku is ordered by DiZ to destroy Naminé after Sora's awakening as he has no further use for her. Instead, Riku leaves her with Axel in order to repay her for her help in Castle Oblivion.

- Much later, Naminé rescues Kairi and Pluto from their holding cell while they are being held captive by Organization XIII. The two search for Sora, though Naminé begins to fade in and out due to being so close to Kairi.

- They are unfortunately found by Saix, but rescued by Riku. Knowing that Kairi is safe with Riku, she leaves him to take care of things and disappears for a short time.

- Naminé appears one final time and opens a gateway to Destiny Islands for Sora and his friends. She approaches Sora, in a transparent state, and says that they really did get to meet one more time. Sora has no clue what she is talking about due to the loss of his memories from Castle Oblivion, and is again shocked when Roxas steps out of his body.

- Roxas and Naminé promise that though they are no longer independent, they will continue to live together through their original selves. With that notion, Naminé holds her hand out to Kairi and returns to her smiling.

- Upon Sora and Riku's return to Destiny Islands, Roxas and Naminé are shown smiling at each other through Sora and Kairi.